Yesterday I was lucky enough to have a visit from my gorgeous grandson and darling daughter number one. I love my grandson and when he was only a few weeks old we started to take him for a coffee once a week . It was to give his parents a bit of time for themselves and to build a relationship with him. I was lucky enough to have a great relationship with my nan and grandad. They were more like my parents than grandparents and their house was a second home. I had my own key from the age of twelve and stayed with them at least once a week. My grandad gave me a shelf in the kitchen and would fill it each week with crisps, drinks and chewing gum. I am pleased to say that I am carrying on their great example. Harry feels completely at home and knows where everything goes more than his parents. He also has his own half shelf in the kitchen . His has all his cups in a basket and a tin with his snacks in. Mostly healthy and all ones his mother has approved of! When he wants a snack as he hasn’t got a large vocabulary yet he just goes to the tin and gets out what he wants. His mum was a bit perplexed at first as she didn’t realise it was his tin. I am pleased to say I see Harry a lot more than an hour a week now and I am so pleased we took the time and made the effort to build a relationship with him. I have a fantastic relationship with him and we are so in sync that sometimes its my daughter raising her eyebrows at us not the other way round. He is one special little person and I promise to keep working on maintaining this most amazing relationship with him. He makes me smile and even though its often gobbledygook we have great conversations. Being a parent is great but being an involved grandparent is amazing. 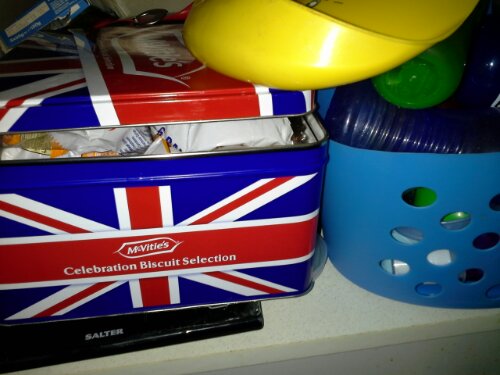